Back Around To Deepin Linux

We’ve talked about Deepin Linux a few times in the past, but I’ve never really taken a deeep dive into Deepin. The author of the article addresses my specific concerns, which is where it’s developed, China, and just a lack of information out there about it.

The author,improperly points out that it’s Open Source, and that he’s seen no bad nes on it from security experts, but the whole “no news is good news” doesn’t really apply here. No news means no one has looked into it enough to render an opinion.

The cool part is that Deepin is a Desktop as well as a full distro, so we can put the desktop on top of something we may trust more. Inches win a game in many cases, not feet or miles, so I’ll take an inch of forward movement with Deepin.

BTW the fear from it being made in China is no more founded that Ubuntu made in England, or Suse made in Germany, or Manjoaro made in Austria, France, and Germany mainly causing fear for the user. The others are just better known these days in mainstream. 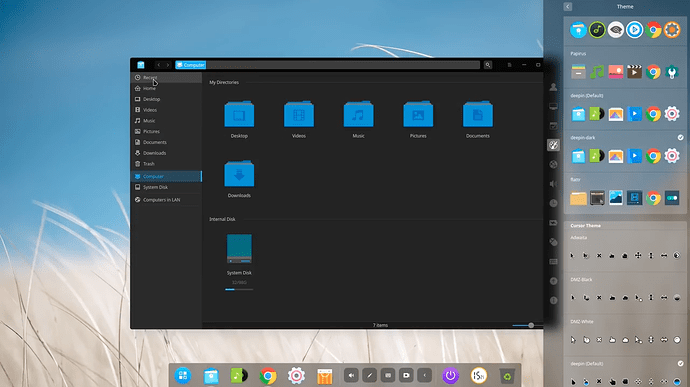 https://www.youtube.com/watch?v=8X7vCbJvLFs The recent Deepin 15.8 release impressed many on its arrival — now a new promo video published by the team