I created a script to run on my RPi. It’s a simple bash script run from the console.

The hardware for this is fairly basic. I haven’t repackaged any of the hardware to make this a dedicated system
since I like the versatility of applying this stuff where and when it is needed.

Other than the Raspberry Pi, all of the non-obvious hardware is listed in detail below.

The monitor is this non-descript 7" LCD display. It’s used for things like reverse cameras in cars, so the resolution is great. http://www.amazon.com/Camera-Monitor-Support-Rotating-Screen/dp/B007SLDF7O/ref=sr_1_1?ie=UTF8&qid=1399837871&sr=8-1&keywords=7

Since this is intended for a vehicle, it naturally expects a 12V DC supply. To this end, it doesn’t come with any adaptors other than a blue, red, and black wires you can solder wherever you please. As you can see here: 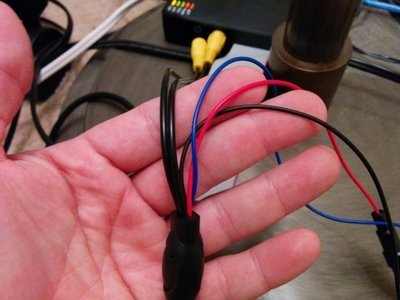 I had a power adapter for an external IDE hardrive, that I haven’t been using. So I soldered the black and red wires into the ground and 12V pins of the (I don’t know what its called, but I know you will recognize it) IDE power adapter thing, seen here: 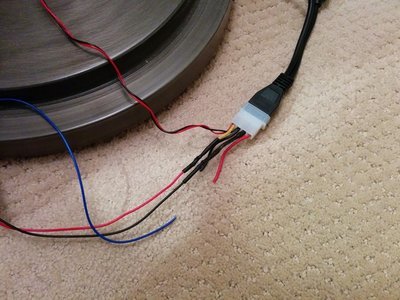 So, putting it all togehter, no I have a reasonable little picture frame on my desk. Voila: 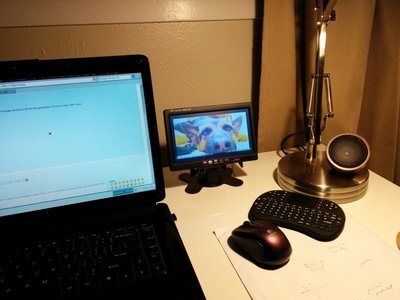 That is Awesome! Is that little keyboard for the RPI?

Sadly, my monitor died last night … oh well. It was fun while it laster.